‘Liberty’ is Closer Than You Think 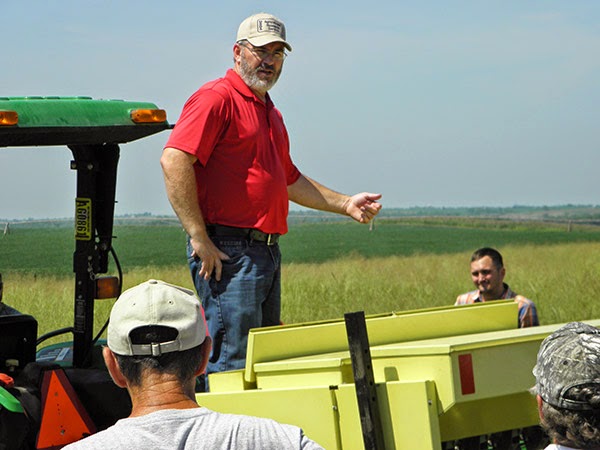 As the bioenergy industry progresses, ‘Liberty’ switchgrass is growing alongside it.

Drawing near the year-and-a-half mark since its introduction, interest in ‘Liberty’, the high-yielding cultivar specifically bred for bioenergy use is picking up steam. Husker Genetics’ director, Jeff Noel, says the organization plans to have it commercially available through a seed dealer by spring 2016.

Since its introduction to the industry in August 2013, ‘Liberty’s’ co-developer Rob Mitchell, USDA-ARS agronomist, has seen an increase in the number of trial sites across the country growing the perennial grass. States include: Nebraska, South Dakota, Iowa, Minnesota, Missouri, Wisconsin, Illinois, Indiana, Pennsylvania and Ohio.

But ‘Liberty’ is currently going through the gauntlet at Huskers Genetics, the foundation seed division of the University of Nebraska’s Agricultural Research and Development Center, in Mead, Nebraska where the organization has been given the task of preparing the switchgrass for commercial usage. In 2013 an initial seed stock of ‘Liberty’ was planted on 10 acres and that seed production field is expected to show results this fall.

“We are anticipating a yield of maybe 200-300 pounds of seed per acre, somewhere in that range,” Mitchell said. “This is a fairly common seed yield in this early of the field’s life span.”

‘Liberty’ has been shown to produce 25 to 40 percent greater yields than traditional switchgrass varieties. At biomass production test sites across the Midwest, Mitchell hopes to see six to seven tons of biomass per acre.

“I hope that we will see some level of yield uniformity across the region,” Mitchell said. “The northern part will have lower yields for sure though. It will take us a little while after the harvesting of the sites to determine the results.”

Mitchell stated that seed growers have ordered about 100 pounds of ‘Liberty’ seed from Husker Genetics this year. For a seed production company to create a commercial distribution for a product like ‘Liberty’, two steps will have to be taken. The first will be seed being sold to certified seed producers from a Huskers Genetic-like entity, then being sold by that company to farmers.

The demand is expected to only increase as ‘Liberty’ gains more traction as people begin to hear more about it, Mitchell believes.

“I am getting asked a lot of questions about ‘Liberty’ and we are receiving a good amount of press on it. It’s a really exciting process.”

Interested growers may want to download “Registration of ‘Liberty’ Switchgrass” an open access article available for download free from The Journal of Plant Registrations and the CenUSA fact sheet, Switchgrass Stand Establishment: Key Factors for Success.