ADM and CenUSA Partnership has Chemistry 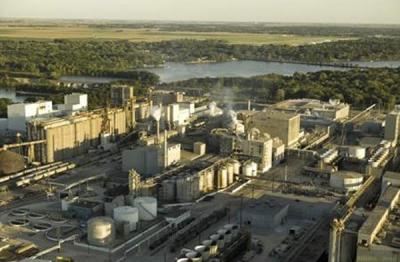 Archer Daniels Midland has a long-time interest in developing both “drop-in” transportation biofuels and biodegradable, industrial chemicals from renewable bio-sources.

In 2010, the U.S. Department of Energy awarded ADM $24.7 million to build a pilot-scale “integrated biorefinery”, a one-ton per day facility that converts plant biomass into renewable fuel and bio-based chemicals. Through a partnership with CenUSA Bioenergy, ADM will be testing switchgrass and comparing their chemical bi-products to corn stover’s in their pilot facility.

“We’re interested in the role perennial grasses can play in improving the environmental performance of the system,” said project leader Tom Binder, who is ADM’s senior vice president of research as well as the chair of CenUSA’s advisory board.

ADM’s process begins with the delivery of corn stover and switchgrass, and other grasses to the processing plant.  Using a patented process the feedstock is fractionated into individual components of cellulose, hemicellulose and lignin.

Lignin is recycled into energy – to be used as process heat – and the cellulose and hemicellulose are converted first into sugars, and then into ethanol for biofuel and butyl acrylate for chemical use. Work with the CenUSA will explore other options for these streams as feedstocks for the chemical industry.

It is notable that ADM, one of the world’s largest agricultural processing corporations, is looking into economically viable uses for perennial grasses.

“Farmers will grow grasses if it makes economic sense,” Binder said. “We’re hoping we can find an application that is profitable so farmers get started planting grass on some of these marginal acres in the Midwest.”