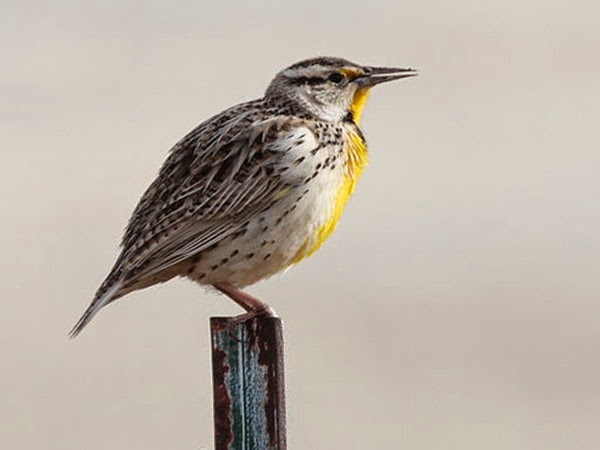 America’s grasslands are the most threatened ecosystem in the country. Today, more than 97% of the native grasslands in the U.S. have been lost, converted to agriculture. As a result, grassland bird populations have suffered far greater losses more than any other group of birds in North America. But perennial grass-based energy systems can give farmers a new market and provide a way for wildlife and agriculture to better co-exist.

The National Wildlife Federation (NWF), the largest grassroots conservation organization in the country is eager to advance grass based farm systems. In fact, they think advanced biofuels, done right – are an important part of the nation’s climate solution. Compared to corn ethanol, advanced biofuels are fuels made from non-food sources like corn-cobs and perennial grasses. After nearly a decade or research, four new advanced biofuel plants have recently been launched in Iowa, Kansas and South Dakota.

“It is really important to get this industry off the ground – we need to show that these fuels are real and we can build out a low carbon, biofuels industry,” said Ben Larson, Forestry and Bioenergy Program Manager for NWF.

The bioenergy build-out will be a balancing act. Although the Great Plains offers vast potential for production of grass-based bioenergy crops, the region is renowned for its wildlife rich “prairie potholes.” The small, seasonal wetlands and their associated grasslands provide critical habitat to wildlife. The prairie pothole region (Figure 1) was once known as “the greatest expanse of grasslands and wetlands on earth” – originally as many as 83 wetlands per square mile and provided critical wildlife habitat.

Agriculture, extreme weather, oil and gas exploration and development pose threats. Despite the impacts, the region hosts 50-80% of America’s waterfowl and more than half the breeding birds in North American. Protection of the remaining wetlands and the surrounding grass uplands is key.

“We’ve lost 42% of our wildlife in the last 40 years and if we continue to reduce diversity on our farm lands, it will have huge impacts on our wildlife, said Susan Rupp. “The harvesting guidelines offers practical ideas for farmers to manage bioenergy crops in a way that is more friendly for wildlife,” said Rupp.

NWF designed guidelines for switchgrass and for a mixture of three common prairie grasses: big bluestem, indiangrass and side-oats grama.

The late fall harvest recommended for energy grasses is suitable for many birds, providing nesting cover until broods have fledged.

To avoid competing with food resources, USDA and CenUSA have focused development of native perennial grass feedstocks on “marginal lands” – lands that are low in productivity and/or are unsuitable for row crop production. But after 100 years of intensive agriculture, these marginal lands are often all that’s left for wildlife. And with the recent upswing in corn and soybean prices, there is more pressure to plant even marginal acres.

“When industry talks about sustainability, they’re generally talking about agricultural sustainability, not environmental sustainability.  Unfortunately with recent cropping rates, our wildlife are competing with for the same marginal land that– that’s all they have left,” said Rupp.

“CenUSA Bioenergy is one of the few bioenergy projects that have made a real effort to help develop sustainable guidelines with an environmental perspective, ” said Susan Rupp.  “How we manage future biofuels is important because small changes in habitat can have huge impact on our wildlife, duck and geese,” said Susan Rupp.

NWF is hoping that the new biofuel plants starting this year will continue to gain steam.

“We’re hopeful that the new advanced biofuel plants starting production this year will unlock a new industry,” said Ben Larson. “Although most of them will start with corn stover as a feedstock, our vision is that we’ll have watershed scale plants and markets soon for mixtures of native grasses.”

A copy of the final NWF guidelines, published last year, can be found here. 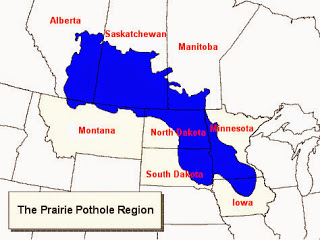