How Green is Your Drive?

Going green isn’t for the light-hearted. And it isn’t necessarily simple. At least that’s what a recent study published in the Proceedings of the National Academy of Science says.

The article, “Life-cycle air quality impacts of conventional and alternative light duty transportation in the United States,” authored by three University of Minnesota researchers, Christopher Tessum, CenUSA co-PI Jason Hill and Julian Marshall compared the health impacts from 10 alternative transportation fuels and a variety of technology options. The interesting and edgy research got a lot of attention in the science community and a whirlwind of press. 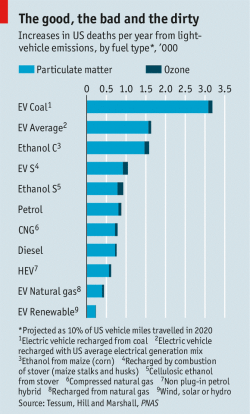 Figure 1: Comparing the environmental health effects of vehicles by fuel type and technology.
Source: The Economist, “Why an electric car may be dirtier than a petrol one.” December 20, 2014.

The study improves on previous research on transportation impacts by combining life-cycle impacts with air pollution impacts. This is because although green house gases are crucial to the overall health of the planet, they may not be the most important human health impact. In fact, studies show that health impacts from ozone (O3), the main ingredient in smog and particulate matter (PM2.5), air particles like dirt and soot emitted from the combustion of vehicle and industry engines and power plants, are generally greater than GHG’s.

Overall the study showed that among the 10 options evaluated, electric vehicles are both the best and worst in terms of environmental health impacts (Figure 1).  They are best if the source of electric power is renewable (solar, wind or hydro) but worse if charged from coal-based electricity. Electricity produced from coal, adds emissions not only from combustion but also from coal mining. In addition, the difference between least and most damaging electric vehicles increases six fold when air pollution is considered along with climate impacts.  Electric cars fueled by natural gas had fewer environmental health impacts than hybrid cars. Surprisingly, diesel cars were shown to be worse than renewable electric vehicles but better than gasoline. Diesel cars were shown to have fewer emissions partly because they have higher mileage per gallon rates then gasoline and because improved pollution control technologies now reduce diesel air emissions.  Corn based ethanol is still worse than gasoline but cellulosic ethanol is likely better than both. 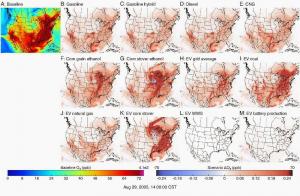 Figure 2. Average Particulate Matter (PM2.5) concentrations.
A is baseline and B-L are increases in concentration about the baseline attributable to replacing 10% of year 2020 vehicles with the given fuel or technology.
Source: Tessum, Hill and Marshall, PNAS, December 30, 2014, Volume 11, Number 52.

Bottom line? If you are looking for your next new car, buy electric if you can, but only if your electricity source isn’t from coal. That’s true for about half of us living in the U.S. According to the U.S. Energy Information Administration, clean-to-dirty sources for electricity are about evenly split with 39% of electricity coming from coal and 40% from natural gas or renewable sources. The percentage of cleaner sourced electricity is expected to grow as new EPA air pollution rules come on line.

Want to learn more? Get the details about the study here.