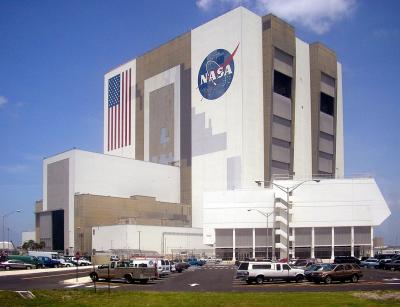 Blakeman, an environmental specialist and NASA contractor employed by Sierra Lobo, wants to demonstrate that prairie grasses at the site can help limit nutrient runoff into streams and be economically beneficial at the same time.

“We need an economically viable system to intercept runoff,” Blakeman said. “What we need is a 100-200 foot runoff interceptive strip of some type of perennial grass, next to the ditch to help stop the runoff nutrients that come from Lake Erie-watershed farms.”

Nutrient runoff in Ohio has contributed to the formation of toxic algal blooms in Lake Erie, with the majority of the runoff coming from fertilizer and manure spread on frozen farm ground and then washed out by spring rains. This issue has resulted in a water quality and nutrient management legislation, Senate Bill 150 being introduced.

The Ohio Senate recently unanimously approved the bill and it has now been sent to the Ohio House for consideration. Some of the bill’s requirements state that if farmers want to apply fertilizer themselves, they must become certified to apply fertilizers. The proposed bill also prohibits the application of manure and fertilizers on frozen ground during the wintertime.

Blakeman, also the former president of the Ohio Prairie Association, believes that new varieties of switchgrass could be part of the answer for Ohio farmers. He sees switchgrass as being able to have an impact as a nutrient interceptor and be economically viable for farmers at the same time, as a future lignocellulosic biofuels feedstock, in the manner of corn stover presently being used for biofuel production.

For this project, Blakeman is using 'Liberty' switchgrass, which was developed by CenUSA Bioenergy Co-Project Directors Ken Vogel and Rob Mitchell with support from the University of Nebraska-Lincoln and the USDA Agricultural Research Service. The new variety is estimated to produce 40 percent higher biomass yields than traditional varieties and can be adapted throughout the Midwest.

“There is good evidence that active switchgrass stands will intercept most of the nutrients, but no farmer is going to turn prime corn and soybean ground into prairie,” Blakeman said. “But if the switchgrass produces eight tons per acre of sustainable, harvested biofuels feedstock each season --- very likely --- this system could really work and the prairie grass could replace the revenue originally created by the corn or soybeans in the filter strips.”

"Initially," Blakeman said, "our plantings of switchgrass at Plum Brook Station will be in small test plots, to see how this new grass grows in our moist Lake Plain soils. From these demonstration plantings, farmers and land managers will be able to assess this promising new switchgrass cultivar for all conservation uses, including runoff interception strips. We will be delighted to be the first to grow and demonstrate the plant in northern Ohio."

At NASA's Plum Brook Station, Blakeman, along with NASA environmental specialists, is creating one of the largest native tall-grass prairie restorations, which will eventually encompass up to 3,000 acres. Blakeman hopes that this project will inspire a new course of action for farmers not only in Ohio but across the nation, showing that ancient native prairie ecosystems and species can play an economic and ecological role in 21st century agriculture.

Plum Brook Station is part of NASA’s John H. Glenn Research Center based in Cleveland. Plum Brook is home to the world’s largest space environment facility, where NASA is able to replicate the extreme environment and vacuum of deep space, for pre-launch testing of complex satellites. The station sits on 10,000 acres near Sandusky, Ohio.